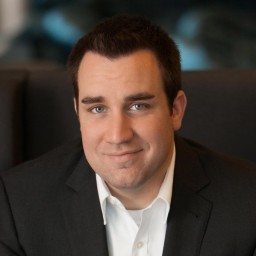 Building a platform can get lonely. Ironically, creating content that attracts a larger and larger audience also involves countless hours of near-solitary work.

We all have that image in our head of the lone writer hunched over a typewriter (or laptop) in an isolated cabin in the woods. But at the same time, one of the most surprising things about successfully building a platform is that you can’t do it alone.

And few people have.

Consider Ernest Hemingway. In 1921, Ernest Hemingway arrived in Paris with letters of introduction from his literary agent to the prominent writers living in the city. His agent assured Hemingway that Paris would be a great place to refine his writing skills by joining the cluster of artists and writers who had gathered there.

It was through his agent that Hemingway met Gertrude Stein, and through Stein that Hemingway found himself interacting with writers like Ezra Pound and James Joyce, and artists such as Pablo Picasso.

Stein had been hosting salons of expatriate creatives who gathered to drink, socialize, discuss their work, and drink some more. Through this unique social cluster, Hemingway made the connections he needed to help him find a publisher for his novels.

Without Stein and her salons, Hemingway’s work would be buried in stacks of archived periodicals. Instead, his novels are a staple in most American lit classes.

Or consider another set of famous writers. One of the most influential activities in the writing life of British authors C.S. Lewis and J.R.R. Tolkien was their participation in a cluster of writers known as “The Inklings.”

The group also included writers and poets like Charles Williams and Owen Barfield (some of the books in Lewis’ Chronicles of Narnia are dedicated to Barfield’s children). The meetings were fairly informal, with many members joining in meetings sporadically.

The writers would discuss ideas and influences, read rough drafts of novels or poems, and share feedback for one another. The purpose wasn’t to co-write anything—almost all of their writing was still done in solitude—nor was it to show off finished works.

One of the most surprising things about successfully building a platform is that you can’t do it alone.

Instead, the cluster was created for giving and receiving feedback. It was a place to connect with similar people, share advice and ideas, and together make each other’s work stronger.

It was through this cluster that Lewis and Tolkien developed their deep friendship, which survived the group’s disbanding in the late 1940s.

Legend has it that it was Lewis who had to argue and debate Tolkien that a manuscript he kept working on and reading at meetings was finally ready for print. Without Lewis and this cluster, Tolkien may never have published The Lord of the Rings.

There are a few lessons we can draw from both examples.

1. First, creativity loves community. Despite whatever fantasies you might hold about a lone creator, creativity rarely prospers in a vacuum.

Despite whatever fantasies you might hold about a lone creator, creativity rarely prospers in a vacuum.

2. You need to find that cluster of supportive friends, who speak to the same core ideas and who can help you refine your message. Whether it’s an in-person group or an online mastermind (or a community like Platform U students), seek out your creative support group.

3. You need to be making and receiving introductions, like Hemingway when he arrived in Paris. Make it a habit to constantly expand your circle.

4. Lastly, you need to leverage the creative power of community. If you never ask questions, implement advice, and learn from another’s success, the community is useless.

David Burkus is the best-selling author of three books, including the forthcoming Friend of a Friend, and Associate Professor of Leadership and Innovation at Oral Roberts University. He is also a Platform U Alumnus.

Transform Your Brand with a Unified Platform The 8 Keys to a Successful Product Launch 4 Steps to Develop Your Flagship Product