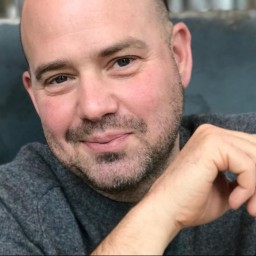 In the middle of October, we flipped a switch at MichaelHyatt.com. Not only did we reengineer the homepage and post layouts, but we also changed the entire content model. Instead of publishing single posts several times a week, we’re now publishing multiple posts once a week—more like the single issue of a weekly magazine.

The issue is focused on one broad topic, and the individual articles flesh out a particular aspect of that topic. In the first issue, for instance, we covered self-awareness. In the second, self-development. For the third, we’re looking at self-denial; what’s the connection between deferred gratification and successful leadership? At the core of each issue, we have Michael’s new podcast, Lead to Win, in which Michael Hyatt and Megan Hyatt Miller, our Chief Operating Officer, dig into the theme and explore the most relevant angles for leaders. The articles fill out the picture by covering other angles and additional applications.

So, for instance, in the current self-development issue, Michael and Megan cover three behaviors of high-growth leaders in the podcast. Then articles by Jeff Goins, Ray Edwards, and Andrea Williams explore how apprenticeship, reading, and our connection to our spouse affect our personal growth. Rounding out the issue, I’ve got a post on what Shakespeare’s plays and career show us about the subject.

The intended effect is that readers can come to the issue and not only get a solid sense of the topic, but also walk away with practical, actionable insights they can put to work in their life and business right away.

A Single Pivot? A Year in the Making

This is a change that’s been in the works for a long time, and there are two key components of it: first, the podcast and, second, the magazine format.

When we took Michael’s original podcast on hiatus a year ago, we intended to be back in action with a new show much sooner. We knew we wanted to overhaul the show, up the production values, and go further with stories, perspectives, and research. But we struggled to figure out the new recipe.

We made one pilot episode we hated, and experimented with other formats that went nowhere. When it finally came together, we knew we had something special. But the cake was in the oven a lot longer than we planned. As Megan sometimes jokes, “Things take longer than they do.” The good news is the longer cook time was well worth it.

While we were busy trying to figure out the podcast puzzle (to mix my metaphors), our executive team read a book by journalist David Sax called The Revenge of Analog. The book not only energized our thinking around creating physical products (two results being the Full Focus Planner and LeaderBox), but it also led us to think through the differences between analog and digital publishing.

The Upside to the Magazine Format

One upside to a physical magazine or journal is the feeling of completion when it’s done. We wanted to create that same sense of emotional satisfaction in a digital environment. The challenge to do that with a blog is that there is no end. It’s the next, the next, the next, the next—until we run out of electrons.

But if we focused on a single theme with a set number of articles, when readers digested the issue they’d potentially have that same feeling of doneness, of completeness. So, for instance, if you want to learn about self-development, check out our issue on the subject; it’s got enough in one place to get you going. The same is true with the issue on self-awareness, from the week before.

The magazine format also allows us to bring in new voices and perspectives. As we cover different aspects of a topic, we can now do so from a greater number of viewpoints, which makes for a richer experience. The final innovation was bringing these two components together by using the podcast episode to anchor each weekly issue of the magazine.

So… What About the Blog?

Michael’s blog has been highly influential, not only in its content but also as it exemplifies a content strategy. So what does a strategy change like this mean for the blog format and platform-builders currently using it?

The first answer is nothing. Blogging remains a viable, even vital, part of building a powerful personal brand online. It’s home base, HQ.

But Michael Hyatt likes to say, “If it’s not broken, break it!” On the one hand, there’s nothing broken in blogging. For most users, the most effective strategy is to optimize the format and use Platform University strategies to drive results. On the other hand, there’s always room for experimentation. It’s Michael’s relentless tinkering and testing that led to the optimal brand-building methods now taught by Platform University.

And that takes me to the second answer: The MichaelHyatt.com change means there might be another format possible depending on a blogger’s resources and scale. That said, it’s definitely not for everyone.

You need to consider the principle called the “minimal viable dose”.

If you can accomplish your platform goals with the blogging format, then it would likely be counterproductive to adopt the magazine format.

If you can’t, and you’re adequately resourced, then it could be worth considering. But don’t rush into it! This is a huge commitment (probably bigger than you think).

Joel is Chief Content Officer for Michael Hyatt & Company, with more than fifteen years of experience as a writer and editor (including experience as the Vice President of Editorial and Aquisitions for Thomas Nelson Publishers). He’s the author of four books, including The Revolutionary Paul Revere, a biography of the early American hero.